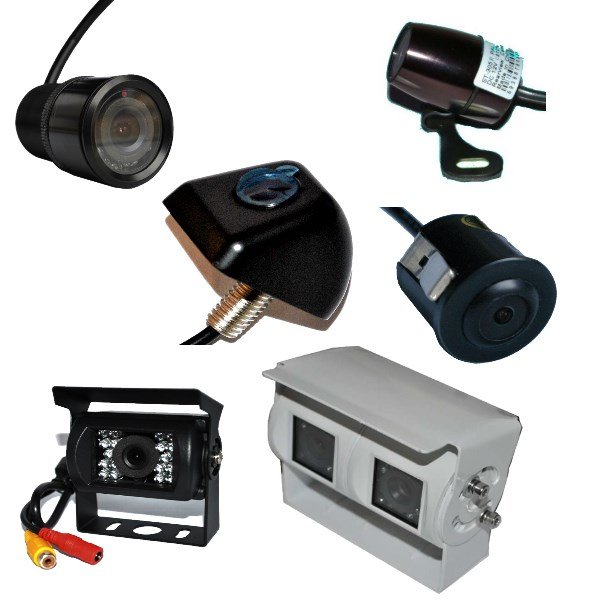 This is the most important part of the reversing camera as it controls the quality of the image the camera can produce.

The sensor is the part that captures the image. They can be CCD or CMOS technology. The CCD is considered the best for reversing cameras as they give the best resolution, daytime colour and good night vision. CMOS generally give a weaker picture especially at night, but more modern versions have closed the gap with CCD. CCD are more expensive and take more support electronics so are found in larger cameras. The sensor itself come in a variety of grades depending on their production. Some will be sold off cheaply to be used in systems that do not require a perfect picture such as lane departure warning systems. A good quality CCD sensor with lens and support board will cost the factory around £12 to buy in.

The 2 big manufacturers of CCD sensors are Sony and Sharp. The support boards are generally produced in Taiwan or South Korea. Another area where there can be a big difference in quality is the lens. Higher resolution CCD chips require a lens capable of matching the resolution which adds to their cost. Cheap cameras often used pressed plastic lenses.

With CMOS Micron and OV are two of the big producers. They have improved considerably over the recent years to the point that some cameras advertised as CCD actually have the cheaper CMOS sensors inside.

The specifications for cameras will include a range of data most of which you can ignore. The one that is important is camera angle. It is also the one that is the most likely to be wrong!! Camera angles are usually measured diagonally. The most common angle is 120 degrees which offers a wide field of view without suffering from the "fish eye" effect which can cause quite bad distortion in wider angled cameras. Other camera angles include 60 and 150 degrees. Some cameras either use an aspheric lens or software processing to reduce the distortion.

Reversing cameras will have a waterproof rating (or IP rating) of either IP67 or IP68. The 6 tells you it is totally protected against dust. The 7 says it is protected against immersion in water between 15cm and 1m for a duration of at least 30 min. The 8 says it is protected against long periods of immersion to a depth of 3m (under pressure). The great problem with the IP test is it does not reproduce real life conditions. On the IP67 test the pressure inside the camera will prevent the water getting in even if there is a potential place for a leak to occur. Our main camera supplier now uses a test where they alternate the cameras between hot and cold water tanks. This reproduces a typical scenario where a camera is hot because of the sun the cools suddenly in a rain shower. We have seen cheaper cameras where they simply use glue as a seal. This breaks fairly quickly as the camera expands and contracts with change in temperature. It is cheaper for the manufacturer to make cameras that way.

The reversing camera systems based on the 4 pin aviation connector are the easiest to wire is as they are powered directly from the monitor. This means they can be turned on and off as required and benefit from the protection built into the monitors power supply. The cameras based on RCA connectors are usually wired in to take power off the reversing light. With modern cars this can be an issue as CANBUS systems may detect the extra current drain as show a bulb failure warning light. You can usually get around this by either taking power off the ignition at the front for all the time the ignition is on or using a relay to switch it on and off. With some cars modern LED lights and multiplex lighting make finding a power supply at the back a job for the professional.

Where to place a camera

The ideal place for a reversing camera is up high angle angled down. This gives a birds eye view and takes any guesswork out of reversing. As you come down towards the number plate you lose sight of the corners of the vehicle, but gain more view back down the road. You also increase the risk of getting glare from the sun and more road dirt on the lens/glass front of the camera. Some camera can be really small and are very discrete and some are large and very obvious. The decision on where to locate the camera will very much depend on the vehicle you are fitting it to.

The main thing that can go wrong with a camera is when fitting you get the +ve and -ve leads mixed up. Reversed polarity = smoke and a dead camera. After that the biggest enemy is water. Although the cameras are fully waterproof we advise they are not pressure washed. If you think the camera is in an area where high pressure jets may hit it then try to protect it in some way. Cameras being electronic, subject to vibration and rapid temperature changes are in quite a hostile environment. They can fail for this reason. With our cameras the 12 month guarantee means we replace any camera that fails (except the ones you melt fitting!) with a new one. Fortunatley we do not have to do this very often.

To look after your camera we recommend you avoid pressure washing them. It helps the night image if you avoid getting wax on the front glass of cameras fitted with IR LEDs. Corrosion can be a problem on some cameras. The bullet style cameras tend to be extruded alluminium which in our experience cope very well with the winter salt. If the paint does get damaged, then in winter when there is salt on the road they will corrode. Repairing the damage quickly will greatly extend the life of the camera. The cheap heavy cameras with a high zinc content will begin to corrode the first time it rains. If you wish to confirm this there are plenty of Chinese sellers who have them on ebay!